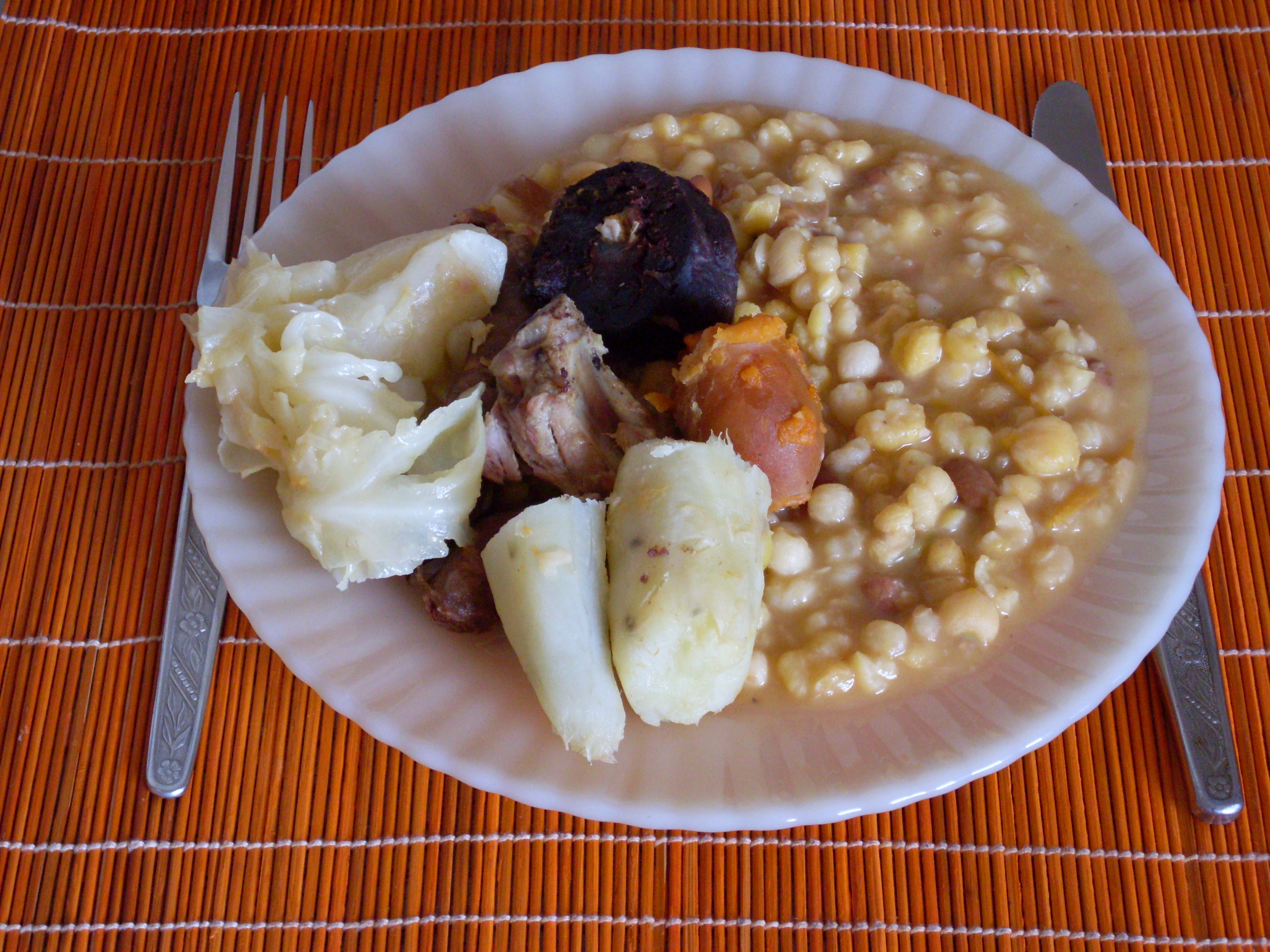 There are many ways to cook ‘Cachupa’, Cape Verde’s national dish. In a diverse archipelago such as Cape Verde, ‘Cachupa’ remains the distinct style of food for practical reasons. This version of making Cachupa is called ‘Cachupa Rica’. It uses all of the ingredients available on hand to make a richly flavorful meaty dish. Depending on the island there are various ways to cook this traditional food, with ‘Cachupa Rica’ and ‘Cachupa Pobre’ being the main two. Typically, the difference between Cachupa Rica (Rich) and Pobre (Poor), is that there are meats used in the making of Cachupa Rica.